Rights of Nature victory in Ecuador

“This is one of the most important and worthwhile cases of this century. We will have a precedent that will not just be important for Ecuador, but important for the entire world. It is crucial for climate change discussions, and crucial for the discussions we’re having on biodiversity protection.” - Monica Feria-Tinta, Barrister Bar of England & Wales specializing in Public International Law

On December 1, 2021, the Constitutional Court of Ecuador issued a landmark ruling in the Los Cedros case. Here is what WATERTODAY learned from Mari Margil, Executive Director, Center for Democratic and Environmental Rights (CDER), Washington.

Los Cedros is a place of significant biodiversity and fragile ecosystems, including the humid forests of Choco, the tropical Andes Mountain Range, and a cloud forest. It is also a habitat for 178 species of flora and fauna threatened with extinction.

Concerned about the impacts of mining in Los Cedros, the nearby municipality of Santa Ana de Cotacachi went to court to dispute the government’s authorizations to the mining corporations. The municipality argued such authorization was in violation of the constitutional Rights of Nature and other rights

The Los Cedros case dealt with activity authorized by the government of Ecuador - authorized on-line without specific procedure to assess the impact of the mining on the Rights of Nature.

Lawyers, conservationists and more than 17 international scientists submitted Amicus Curiae, academic papers on the significance of the Los Cedros Biological Reserve in the case to protect the reserve.

The Reserve is a Key Biodiversity Area (KBA) which makes it critical to the global persistence of biodiversity and health of the planet. 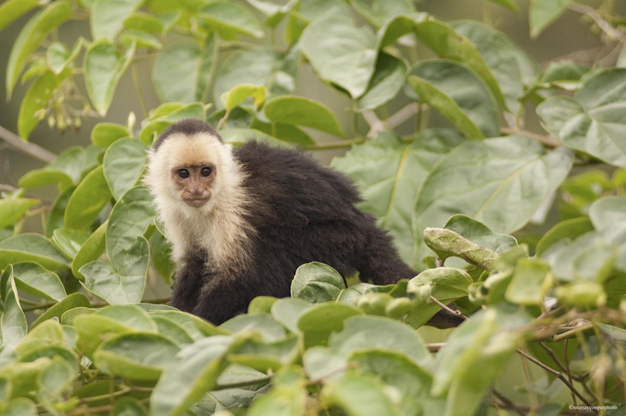 Tucked within its boundaries are hundreds of species with high risk of extinction, including the white fronted Capuchin Photo Los Cedros Reserve

In one of the submitted research articles (New Mining Concessions Could Severely Decrease Biodiversity and Ecosystem Services in Ecuador, Bitty A. Roy et al) the Abstract states:

Ecuador has among the world’s highest biodiversity, despite being a tiny fraction of the world’s land area. The threat of extinction for some of this biodiversity has dramatically increased since April 2016 during which time the Ecuadorian government opened around 13% if the country to mining exploration with many of the concessions in previously protected forests.... Our results reveal the potential losses that mining could cause: 8 critical endangered species, including two primates (brown-headed spider monkey and white-fronted Capuchin), 13 endangered species, 153 vulnerable, 89 near threatened and a large number of less threatened.

Key Outcomes of the Court’s Ruling

Margil stated “We congratulate the community and everyone who worked so hard, for so long, to protect nature with Los Cedros. This is a very important ruling by the Court that will mean greater protection of at-risk species and fragile ecosystems across Ecuador.”