To cast the spotlight on water sustainability, Singapore debuts NEWBrew,
a sustainable beer made from recycled used water . 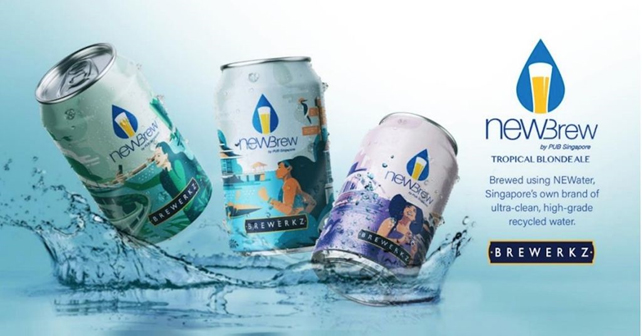 A high-quality beer requires high-quality water. WATERTODAY wanted to discover more about the 728.6 sq km island country supporting its 6 million people and water demand of 430 million gallons a day. We reached out to PUB, Singapore’s National Water Agency, to learn that Singapore has come to be recognized for NEWater, Singapore’s pillar of water sustainability.

“NEWater is a key innovation in Singapore’s water story and a weather-resilient source of water. The creation of NEWBrew is part of PUB’s efforts to educate Singaporeans on the importance of water recycling and reuse as a strategy to achieve water sustainability.

“With NEWater marking its 20th anniversary this year, it was opportune to cast the spotlight on its contribution to Singapore’s water security. PUB collaborated with Brewerkz, Singapore's longest-running local craft brewery, to bring back NEWBrew and worked with them to create special designs for the cans, featuring iconic water landmarks such as the Marina Barrage and the Singapore River.”

As demand for water continues to increase in tandem with population and economic growth, Singapore has adopted a holistic approach to water management that includes

In Singapore, two-thirds of the land is a water catchment, making it one of the few countries in the world that harvests rainwater on such a large scale. Rainwater is channelled through the island-wide network of drains, canals and rivers to reservoirs for storage and then treated at the water treatment plants to become potable water.

However, the collected rainwater is not enough. To ensure that Singapore has an adequate supply of water, PUB takes a holistic approach to water management that covers the entire water loop.

Firstly, the water loop is closed by recycling and reusing water. Used water is collected through a deep tunnel sewage system and underground sewers for treatment in water reclamation plants

Treated water can then be sent to NEWater facilities for ultra-clean high-grade reclaimed water. 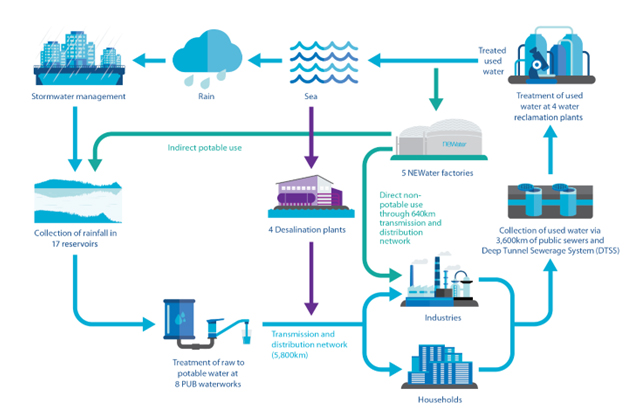 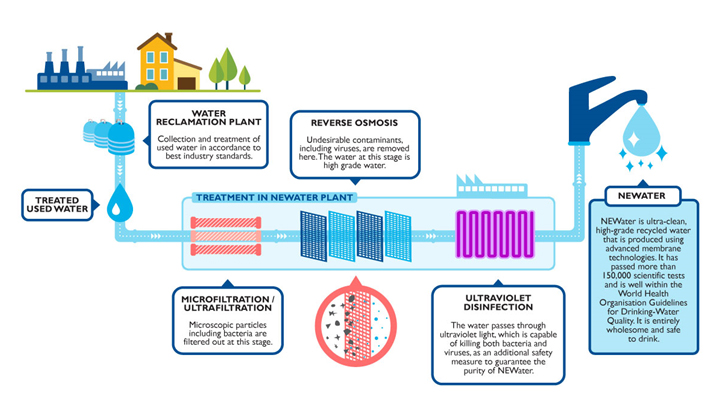 “We are delighted to unveil this year’s NEWBrew just as we are emerging from the pandemic. NEWBrew showcases the high quality of NEWater and is proof that sustainability can be delicious.”